48- The State of Indie Publishing

Listen to the podcast episode 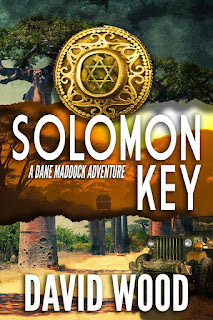 state of indie publishing from their perspective. I got feedback from a wide range of authors, from those who are just starting out all the way up to authors earning six and even seven figures. Here are some quotes and common themes:

-Concern about obvious book stuffers and other scammers sucking up a large part of the KU pool and clogging the bestseller charts in certain genres.

-Some authors feel that permafree first book in series isn't as effective as it once was. Others still find them effective, but usually find it necessary to advertise those free books on a regular basis.

-Discovery continues to be a challenge. Being productive is no longer enough.

-With Amazon deleting reviews and Facebook suppressing so many posts, how effective are street teams these days?

-Cross-promotion is still effective. Work together with other authors. Multi-author boxed sets are great!

-Posts in Facebook groups seem to get better visibility than posts on author pages.

-The quality of the product being put out by some of the top indies is virtually indistinguishable from that of top publishing houses.

-Urban Fantasy is becoming a tough, tough nut to crack.

-There's a glut of books in the romance genre. Lots of authors trying their hands, lots of miscategorized books, lots of stuffed books and scam boxed sets.

-Miscategorization in general is a concern. Authors are putting books in categories where they don't belong just to try and get some visibility.

-Marketing is essential, but in some ways more challenging than ever. Every time something works, lots of other authors copy the technique and it soon becomes ineffective.

-Facebook Ads are no longer of much value. AMS ads are better. Not great, but better.

-Barriers to print sales make it difficult for indies to do well in that format.

-For authors with a lot of titles, it's important to regularly promote back-list titles. The books are "old" to you, but to a reader who has never read them, they are "new" books.

-Blog tours can be fun but aren't particularly effective for selling books.

-Bookbub is getting harder and harder to get into and the results have diminished, but it's still worthwhile. Keep trying to get one!

"It seems to me that indie fantasy is stronger than ever. Great new talents are on the rise and the veteran indies continue to put out wonderful material. With new and increasingly better resources, it's getting more difficult to tell the difference between indie and traditional publishing as it pertains to quality."

"I'm rowing twice as hard to go half the distance in the thriller genre."

" I think authors who got in 2012-2014 and established a core readership with a good-selling series are still doing well. However, I think it's harder to build a new series if it's a different genre than what you're already known for."

"Those who have paid attention, and have embraced marketing and other realities of the market have done far better than those who just did the same thing over and over. For example, KU has become virtually mandatory for space opera or mil sci fi. There are times when literally every book, or 95 books, of the top 100 are in KU. Without KU, you simply can't rank unless it's a book with a movie or a real classic getting a resurgence."

"Main obstacle as I see it is discoverability. I have yet to draw any real attention to my works."

"There seem to be quite a few authors out there making a good living off of self publishing, but it is hard to stand out among the huge amount of other books out there."

"Too many indie authors think they’re competing with other indie authors, so instead of networking and cross-promoting, it’s a shouting contest."

"It doesn't help that many people still consider independently published works to be sub-standard."

"My single biggest gripe is with physical books. There is still a huge barrier to entry, there, and it's stacked against the smallest players."

"There are things I still haven't worked out. My mailing list has 1 (yes, one) person on it, and that took a while. I've only been at this fiction publishing lark for 3 months, so I'm not too worried, right now."

"My one novel is making enough to buy coffee now and again. I expect when I keep putting out books I can buy more coffee. Then when I have more coffee I will be able to write more books. Eventually, I will buy enough coffee that I will own the coffee shop. I'm not SURE if it works that way, but that's what my hat told me last Thursday."