Listen to the companion podcast. 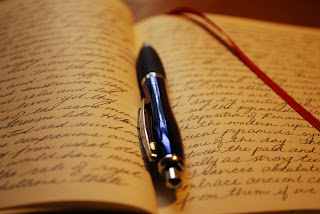 Contests are on my mind this week for a couple of reasons:

-I just entered Primordial in the International Thriller Writers annual awards.
-I received an email from an organization inviting me to pay $75 to enter a book in their indie book contest.

Are these contests worthwhile? Let's take a look at some different types of awards:

Organizational Awards/Awards with a Solid Reputation
-Many writers organizations offer awards: ITW, SFWA, HWA off the top of my head. These awards typically don't cost anything to enter and should you win, they carry some name recognition.

Contests that don't cost anything to enter
-These come in different shapes and sizes. Some have a bit of a name attached to them, others don't. While the odds are that winning won't do anything of consequence for your career, they cost nothing but your time to enter, so there's no harm in entering if it's of interest to you. What's more, you might win or be selected as a finalist. That's a nice boost to the ego. It's a good feeling!

Warning Signs
-How did you hear about the contest? Does it have enough of a reputation that you learned about it by word of mouth or did they spam you?
-Who is sponsoring the contest? Is it a reputable publisher/organization or is it attached to a vanity publisher or contest mill?
-Who is entering the contest? Any successful authors or just hopeful indies?
-How many categories do the awards offer? Most reputable contests are tightly focused. If a contest is offering a lot of categories and is charging to enter, that can be a warning sign.
-How often are the awards held? More than once a year?
-What's the prize? Is it basically a lottery ticket structure?
-Are there more costs later? Some contests charge to enter, and then charge the winners an additional fee to display their "winner medallion/badge."

Business Considerations
Let's suppose we've done our due diligence and concluded a contest is not a scam. Now we need to decide if  it's worth our time and money to enter. Things to think about.

-Consider your own consumer behavior as a buyer of books. When you're looking for an new book to read, how many times in the last year did you google "indie publishing contests," found the title of a winning book in a contest of which you've never heard, and then bought that book? Probably never. If you don't do it, the average book buyer probably doesn't do it either.
-Check the sales ranking of the most recent winner. When I received the invite to enter the $75 contest, I looked up last year's winner. The book's ranking was in the millions, meaning it hasn't sold a copy for months.
-Have you even heard of any of their recent winners? Did winning this contest bring the books/authors to your attention. This is especially true if they're in your genre.
-Readers don't care that you're an "award-winning author" unless it's an award of which they've heard, and probably not even then unless you have an enticing book cover, engaging product description, etc...
-Do you really have the money to spend? If so, would it be better spent on advertising? Should you save it toward publishing expenses for the next book?

Cautions
-Google might not be your friend. Many of these contest mills publish articles that, on the surface, look like valid defenses of for-pay contests. Be careful. Use your own critical thinking skills and look to sites like Writer Beware, or forums where authors gather, for guidance.
-If you enter your book into an open contest, for the love of all that is holy, don't jump on social media and announce, "My book has been nominated for the XX Award!" At best, it makes you look like an insecure, attention-seeking idiot; at worst it makes you look deceptive and fundamentally dishonest. (If you enter your book in a contest and it's later selected as a finalist, that's different. Feel free to talk that up!"

Conclusion
Winning one of the many run-of-the-mill contests is a good feeling, and there's nothing wrong with that, but it's probably not going to help your career at all. If the contest is free, or it's a for-pay contest that isn't a scam and you have the money, go for it. Just don't expect results beyond the good feeling you get from winning.